This two-phased muti-building project had many complexities, and the construction timing had to be executed with construction timing accuracy AD Miller is known to deliver. In this new build and existing building renovation, AD Miller developed the new building and surrounding parking lot for Partner Credit Union’s headquarters as a new stand-alone building on an existing bank branch’s property.

When the new headquarters was constructed, the existing branch underwent full building renovations and modernization. This well-choreographed project leveraged Partner Credit Union’s existing underutilized property, adding density, and gross floor space, while keeping all employees on the same campus.  The new building headquarters statue and scale are carefully softened by AD Miller’s positioning of the building’s mass by carving lower floor levels into the site.

The earth-toned brick masonry veneer system was chosen for longevity, its peppered with many glazing punches, all of which allow natural light to come in many directions at once. The building’s entry sits elevated, and the front façade is whimsically detailed with a metal panel detailing that’s modern and clean.

The existing branch building was rebranded with the same material palette as the headquarters after the remodeling was complete, unifying the campus with a fresh, rebranded look. AD Miller also coordinated new landscaping, which cohesively ties the entire campus into a homogenous, well-thought-out masterplan for Partner Credit Union. 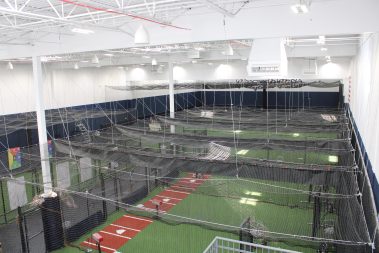 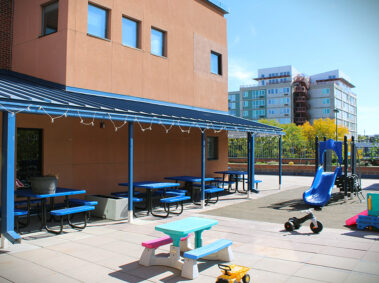